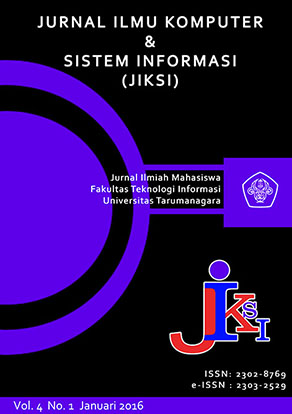 Game “Halo” is an RPG game that tells a tale of the player as they live their life as a new student at FTI UNTAR. This game is developed using Unity3D game engine and Dialoguer add-on to create RPG-themed dialogues. Player takes the role of a new FTI UNTAR that must fulfill the task of re-registration at UNTAR. In this game, the player have to do sequences of events in order to finish the game. The method of testing that were used are blackbox testing, alpha testing by the advisors and beta testing by using a survey of 34 players. The result of the tests showed that “Halo” already depicted UNTAR situation especially, FTI UNTAR, but it’s still lacking on the visual design and user input on character naming